Heritage Creek is a Hidden Treasure

By Gina Masenior, in Heritage Creek 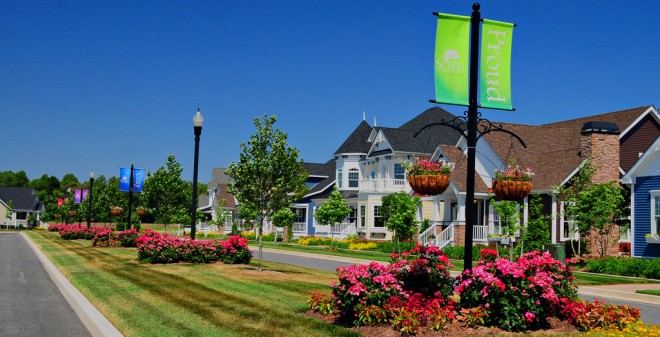 Growing up in the military allows you to be diversified, adventurous, and open to new friends and experiences.  It also causes you to pack your bags every two years, whether you need to or not.  Originally from Northwest New Jersey (yes, there are towns that are not just exits off the Turnpike), I learned tenacity and drive, warmth and humility, hard work, and love of family.

In 1989, we moved our family to Baltimore, Maryland. We enjoyed wonderful new adventures and I started my new home sales career. After discovering the glorious beaches of Delaware, I moved to a sales position in the “lower slower” environment.  At first, it was a little nerve-wracking starting over and meeting new friends. The idea of changing grocery stores, doctors, moving away from family, etc. can be a bit overwhelming. What I discovered is the warmth of the people of Delaware. It’s where you can call your electric company and get a real person to speak with! I also discovered that living near the beaches brings families together more often.
In 2011, I was lucky enough to have the opportunity to join a great company and sales force with Schell Brothers, a local builder whose mission statement captured my need to work for a customer-oriented company with the eye on future growth.  The Schell Brothers community of Heritage Creek in Milton, Delaware is a hidden treasure. Originally settled in 1672, Milton was known as the “Head of the Broadkill River.” Just a few miles from the Delaware Bay and the Atlantic Ocean, sea captains and shipbuilders lived and worked here. As one strolls through the town, one can see the historic Victorian and Craftsman style homes and historic landmarks.
The idea behind Heritage Creek was to duplicate the Victorian and Craftsman style homes with full porches, rear garages, and a wonderful Boulevard to stroll down on starlit nights.  The curb appeal is highlighted by overflowing flower boxes on every home,  as well as hanging baskets along the tree-lined streets.  Come find out why Southern Living named Milton one of the 17 best small-town getaways in the United States.

Posted at 9:00 am, filed under Heritage Creek and tagged why love delaware. Bookmark the permalink. Follow any comments here with the RSS feed for this post. Post a comment or leave a trackback: Trackback URL.