The National Association of Homebuilders recently held its prestigious annual event in Las Vegas, titled “A Night of Recognition”.  The exclusive affair honored the best of the best homebuilders across the country and, as usual, some of the smartest design and marketing minds were in attendance, hailing from places like New York and California. These heavy hitters from the marketing and architectural industries were there representing the big boys in homebuilding for whom they had created house plans, marketing, and more.
Amid the expected attendees at the event were three star-struck representatives from Schell Brothers, a small homebuilder in Sussex County, Delaware.  One of the three, Christina Wagamon, summed it up best, “This night is bigger than life – it’s like the Academy Awards for homebuilders.”  During the evening, Schell Brothers emerged as the beloved underdog, with the MC playing victory music as the women were called to the stage to accept their first award.  In a room full of Industry Goliaths, Schell Brothers surprised all by winning not one, but two National Gold Awards: Best “On the Boards” Single Family Detached Home for The Milton model at Heritage Creek in Milton, and Best Interior Merchandising for The Mariner model at The Retreat at Love Creek in Lewes.  In addition to the two coveted gold awards, Schell Brothers walked away with three National Silver Awards including Best Custom Home and two Best in American Living Awards.  According to Wagamon, it’s extremely rare for any company from Delaware to win a single National award, so for one small Delaware homebuilder to win seven in one year is a classic Cinderella story.
The story of how Schell Brothers shared the room at such a big event with homebuilding giants and waltzed away with some of the highest accolades started quite simply and has remained true to its original purpose.  When asked why he left a lucrative career on Wall Street to start Schell Brothers, Chris Schell responds “Sometime in my sophomore year in college I realized that many people sacrifice happiness in an effort to achieve monetary wealth.  I promised myself I would never do that.  One night I realized I was doing exactly what I promised myself I wouldn’t . . . the next morning, I made a clean break and decided to pursue a life of happiness doing what I love, building homes.”   As a result, Schell Brothers was born.  When asked how Schell Brothers has managed to remain profitable during the housing downturn, Schell remarked, “Ironically, I think we remained profitable by not focusing on profit but instead on customer happiness . . . while every other builder was reducing the quality and appearance of their homes to cut costs, we stayed focused on maximizing customer happiness . . . everything else just sort of fell into place.”
Upon winning the national awards, Schell was quick to give credit where it was due, “I am not surprised that the Milton plan won a national award; Rebecca Fluharty is a master of design, and Joni’s merchandising magic is unmatched.  The whole team is so deserving of these awards.”
Schell Brothers is located at 55 Cascade Lane, Rehoboth Beach, Delaware. Twin brothers Chris and Preston Schell have set the standard for home building excellence and responsible land use in Coastal Delaware. For more information about Delaware homes for sale by Schell Brothers, please visit www.schellbrothers.com or call 302-226-1994. 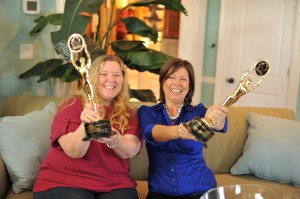 Rebecca Fluharty and Joni Hitchens with the GOLD! 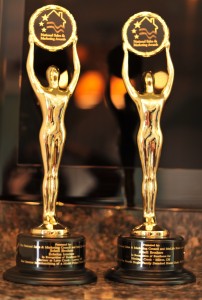 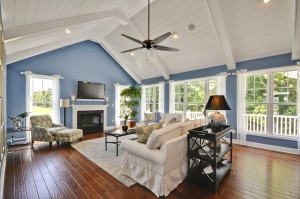 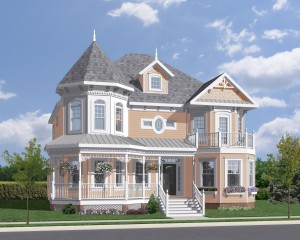