It’s exciting to think that this is only just the beginning for Schell Brothers!

By Chris Schell, in All Communities 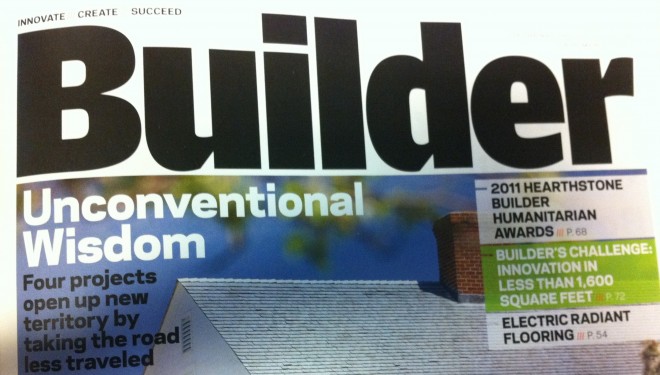 Schell Brothers was highlighted in the February 2011 Editor’s Notes in Builder Magazine for not only an impressive number of awards but also for our indomitable spirit. Our company has made it through the worst housing marketing in history but I wouldn’t trade the past few years for anything in the world. The challenging times not only forced us to become a better company but more importantly, really brought our team together.  Our mission to bring happiness to ourselves and our homeowners has shaped our company into what it is today and given our entire team a “higher” purpose.  The National recognition we have received is really a testament to how the pursuit of a worthy goal unrelated to financial gain can yield amazing results.  It’s exciting to think that this is only just the beginning for Schell Brothers.

“And the builder attendees showed similar grit and innovative thinking in the face of adversity. Schell Brothers, a small Delaware home builder, scored a major upset at the National Sales and Marketing Awards, earning five golds. The company’s secret weapon? Happiness. While other companies were cancelling holiday parties and forgoing incentives in order to cut costs, Schell Brothers upped the ante big time on morale-boosting for their employees. The employees responded in kind, and their increased efforts are reflected in those awards, yes, but more importantly, in the company’s doubled sales and revenues in 2010.”

Posted at 8:05 am, filed under All Communities and tagged Builder Magazine, culture, happiness, IBS2011, International Builders Show. Bookmark the permalink. Follow any comments here with the RSS feed for this post. Post a comment or leave a trackback: Trackback URL.